TOBB President M. Rifat Hisarcıklıoğlu said, noting that they started the Economy Summit in 2003 under the instruction of President Erdoğan, “You've been there for us ever since. You gave good news in this room. As you know, we didn't hold a General Assembly this year because of the pandemic. But thank you for coming to listen to our problems and consult on solutions. Welcome to the heart of Turkish business.”

Hisarcıklıoğlu said that about 3,000 people from 81 provinces and 160 districts, including the opinion leaders of their regions, Chamber and Commodity Exchange Presidents, TOBB Delegates, Women and Young Entrepreneurs and Secretaries General are viewing the Summit live, “They all worked intensively during the pandemic. They solved the problems of the provinces and districts, prepared proposals. They identified the local economic difficulties. They consulted with their members. They passed on their demands to us. So, we conveyed to our Ministers what needs to be done urgently, no matter what time it was. We worked from the ground-up. I'm proud of our community. I thank them all individually.”

Hisarcıklıoğlu said that they have put together all the problems and proposals for the Summit, sorting them on a provincial basis and also according to the ministries.

“The fact that you are among us, both in terms of operating the wheels of bureaucracy and seeing that we are not alone in our struggle, is very valuable to us,” Hisarcıklıoğlu said, “We believe that you will bring solutions to the issues that we will bring up today, as in the past.”

Hisarcıklıoğlu reminded that many examples of this in a few months, “Especially short work allowance, you have reduced the employment burdens on our companies. To support the Domestic Market, you have made tax breaks. You've doubled the bail capacity of the Loan Guarantee Fund. You have offered low-cost loans to our businesses through state-owned banks. I would also like to take this opportunity to thank our Ministers for all these actions. Thanks to them, every time we call, they're always on duty. They even work in the middle of the night; they're there for us when we need them, they solve our problems. I would like to take this opportunity to offer our sincere thanks to you and all our ministers for your efforts, on behalf of the community and on behalf of the Turkish private sector.”

President Recep Tayyip Erdoğan expressed his pleasure in meeting with participants, albeit via video conference.

“We were not placed here, we did not come here under guardianship, we did not inherit it from our father, we did not come through the aristocratic canals. We came here by climbing the stairs of life one by one, as one with all segments of our nation, by personally experiencing the difficulties and possibilities. The high-minded rhetoric of those who never worked a job other than in the government during their lifetime is as the rattle of a tin can. You know best that they have no idea what the numbers on the papers in front of them mean. It is not possible to explain the economy to someone who does not yet know what the Cyprus issue is and what the opening of Maraş means, and who does not understand the diplomatic message of the image given by a delegation headed by Turkey's President.”

Erdoğan emphasized that answer to the nation, as they always say, “It is our business world with all the segments that come out of the cherished of our nation. Like all considerations, economy and industry and trade are a business of heart, a work of dedication. We, as a politician from trade, have always stood with our entrepreneurs, industrialists, traders, tradesmen, artisans.” 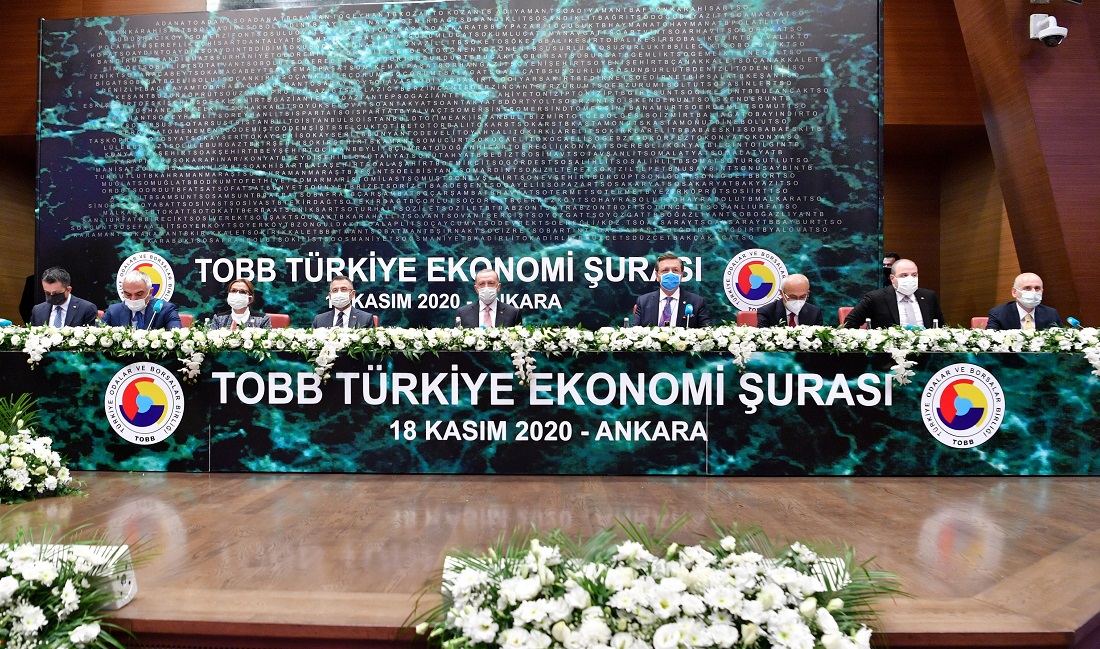