"We had a fruitful meeting with ambassador Tai and exchanged views on global and bilateral issues," Pekcan said on Twitter.

She said they reviewed current trade and economic relations between Turkey and the U.S. and expressed a strong interest in developing a more productive trade relationship.

Pekcan also pointed out the importance of bilateral engagement on key issues to further facilitate trade between the two countries.

"We also deliberated on possible cooperation to ensure the effective functioning of the WTO (World Trade Organization)," she said, noting the need for global cooperation to address emerging issues like environmentally sustainable trade.

Pekcan stated that exports to the U.S. increased by 32% in the first three months of this year, noting that the country is a strategic market that Ankara attaches great importance to.

Meanwhile, according to Pekcan’s Turkey’s overall exports were also up 42.2% year-on-year in March, reaching $18.98 billion (TL 154.12 billion) and hitting an all-time monthly high for the fourth consecutive month. 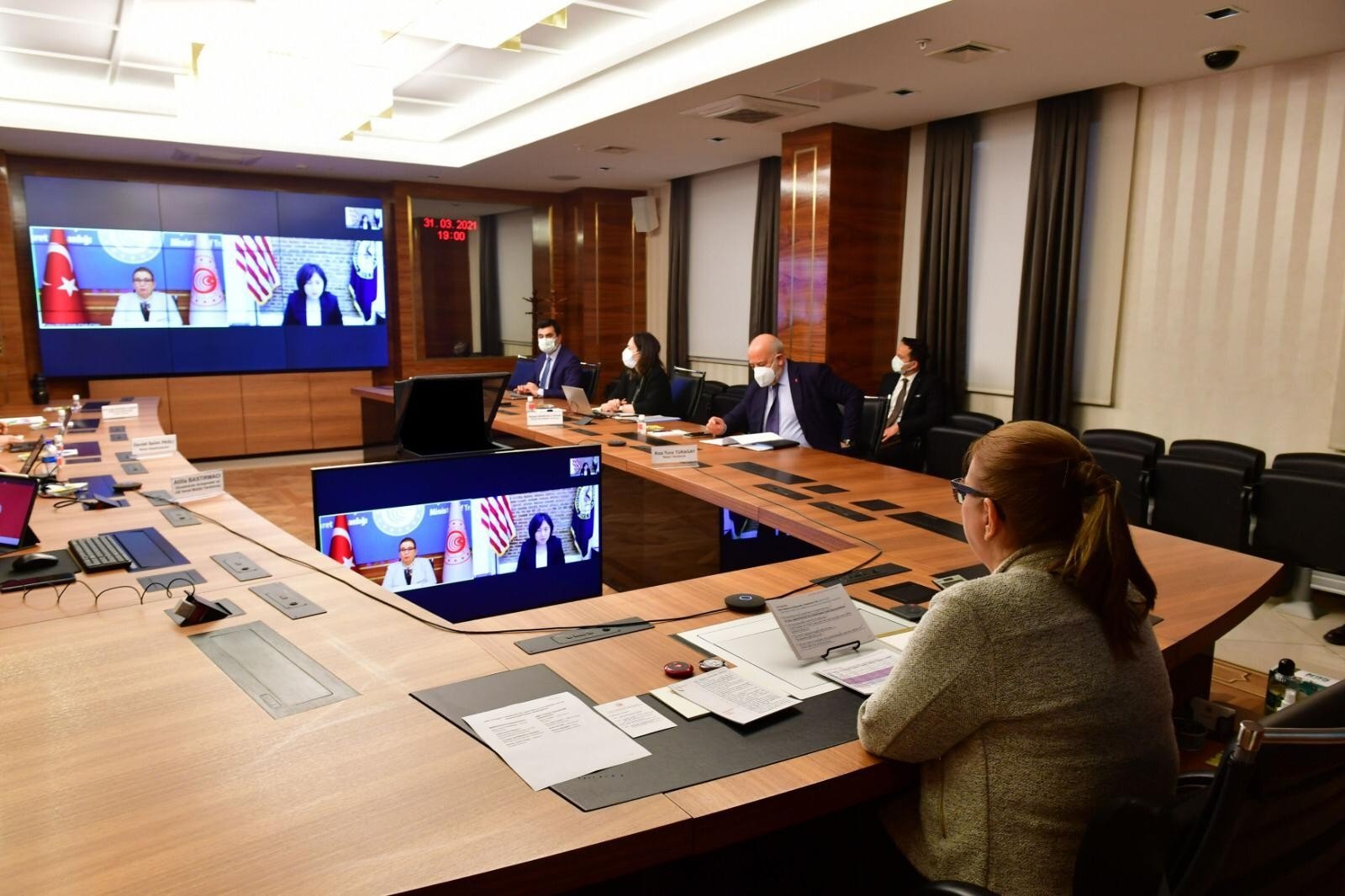